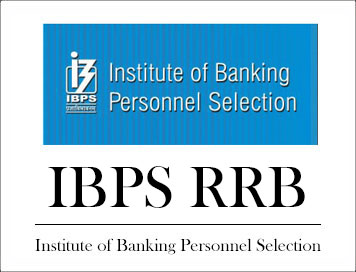 Directions (1-5): In the questions, relationship between different elements is shown in the statements. The statements are followed by conclusions. Study the conclusions based on the given statements and select the appropriate answer.

Directions (6-10): Study the given information carefully and answer the given questions.

Twelve people are sitting in two parallel rows containing six people each, in such a way that there is equal distance between adjacent persons. In row-1 T, U, V, W, X and Y are seated and all of them are facing South. In row-2 B, C, D, E, F and G are seated and all of them are facing North. Therefore in the given seating arrangement each member seated in a row faces another member of the other row. Only two people sit to the left of E. only one person sits between E and F. V is an immediate neighbor of the one of the who faces F. X sits second to the right of V. Only two people sit between X and T. G faces one of the immediate neighbours of X. Y sits second to the right of U. D faces W. B does not face X.

6. What is the position of U with respect to T?

7. Four of the following five are alike in a certain way based on the given arrangement and hence from a group. Which of them does not belong to that group?

8. Who amongst the following is facing V?

9. Who amongst the following is facing T?

10. Which of the following statements is true regarding C?

Directions (11-12): Study the following information and answer the given questions.

11. Which of the following represents the direction of Point A with respect to Point C?

All roses are lotuses.
Some lotuses are orchids.
No orchid is a daisy.

I. All rows are orchids.
II. No daisy is a lotus

Some huts are canopies.
Some canopies are tents.

I. No tent is a hut.
II. At least some tents are hunts.

Some salads are vegetables.
All vegetables are fruits.
All fruits are juices.

I. All vegetables are juices.
II. Some salads are definitely not fruits.

No stem is a root.
Some roots are trunks.
Al trunks are woods.

I. All trunks can never be stems.
II. At least some roots are woods.

All flowers are garlands.
No garland is an accessory.

I. All garlands are flowers.
II. No flower is an accessory.

18. This question is based on the given four-digit numbers:

Directions (21-25): Study the following information carefully and answer the given questions.

Eight friends, Q, R, S, T, U, V, W and X are sitting around a square table in such a way that four of them sit at four corners of the square while four sit in the middle of each of the four sides. The ones those who sit in the middle of the sides face the centre while those who sit at the four corners face outside (i.e. opposite to the centre). R sits to immediate left of T.

21. Four the following five are alike in a certain way and so from a group. Which is the one that does not belong to that group?

22. Who sit exactly between R and W when counted from the left of W?

24. Which of the following is true regarding Q?

(a) None of the given options is true.
(b) Q is an immediate neighbour of R.
(c) T sits to immediate left of Q.
(d) Q sits exactly between U and S.
(e) Q faces outside.

25. What is the position of X with respect to T?

Directions (26-30): Study the following information carefully to answer the given questions.

In a certain code language,

(All codes are two-letter coded only)

26. What is the code for ‘bus’ in the given code language?

27. In the given code language, what does the code ‘nx’ stand for?

28. What may be the possible code for ‘garbage bag’ in the given code language?

29. What is the code for ‘school’ in the given code language

Directions (31-35): Study the following information carefully and answer the given questions.

31. Which of the following is true with respect to the given arrangement?

(a) S live on the lowermost floor.
(b) L lives on a floor immediately above M’s floor.
(c) None of the given options is true.
(d) K lives on an even numbered floor.
(e) L lives on floor number 6.

34. Who amongst the following live on the floor immediately below the floor on which U lives?

35. Who lives exactly between the floors on which J and M live?

36. All the letters of the word CRUMBLE are arranged as per the English alphabetical series. Then a meaningful English word (starting with L) is formed with the second, fourth, sixth and seventh alphabets so formed, which of the following will be the third letter of the word from the left?

37. How many alphabets (as per the English alphabetical order) are there between the second and seventh letters of the word SACREDLY?

Directions (38-40): Study the following information and answer the given questions.