123. How many meaningful English words can be formed with the letters ONFT using each letter only once in each word?

124. If the, digits in the number 25673948 are arranged in ascending order from left to right, what will be the sum of the digits which are fourth from the right and third from the left in the new arrangement?

125. In a certain code GIVEN is written as MDVJH. How is SHARK written in that code

127. If it is possible to make only one meaningful word with the first, second, fifth and sixth letters of the word PYGMALION, which of the following would be the second letter of that word from the right end? If no such word can be made, give 'X' as your answer and if more than one such word can be formed, give your answer as 'Z'.

128. Four of the following five are alike in a certain way and so form a group, which is the one that does not belong to that group?

129. How many such pairs of letters are there in the word DUPLICATE each of which has as many letters between them in word (in both forward and backward directions) as they have between, them in the English alphabetical order?

Directions (131 - 135): (In each of the questions below are given three statements followed by-two conclusions numbered I and II. You have to take the given statements to be true even if they seem to be at variance from conclusions logically follows 'from the statements disregarding commonly known facts.

131. Statements: All petals are flowers
Some flowers are not petals
Some petals are colours

132. Statements: All desks are tables
Some tables are drawers
Some drawers are big

Conclusions: I. Some tables are big
II. No desk is a drawer

133. Statements: All Colleges are buildings
All buildings are concrete
Some concrete are strong

Conclusions: I. Some colleges are strong
II. Atleast some strong are concrete

134. Statements: Some trees are tall
All tall are healthy
All healthy are not tall

Conclusions: I. Some healthy are tall
II. Some trees are not tall

Conclusions: I. All books are journals
II. All magazines are interesting

Directions (136 - 140): Read the following information carefully and answer the questions which follow:

137. Which of the following means N is the daughter-in-law of A?

139. Which of the following means P is the father of R?

Directions (141 - 145): The following questions are based on the five three digit numbers given below:

141. If two is added to the first digit of each of the numbers, how many numbers thus farmed will be completely divisible by three?

142. If the position of the second and the third digits of each of the numbers are interchanged, in how many numbers thus formed will be the last digit be a perfect square? ('1' is also a perfect square)

144. If all the digits in each of the numbers are arranged in descending order within the number, which of the following will form the highest number in the new arrangement of numbers?

145. If all the numbers are arranged in ascending order from left to right. which of the following will be sum of all the three digits of the number which is second from the right of the new arrangement thus formed?

Directions (146 - 150): Study the following information carefully and answer the given questions.

147. Which two people work in Nashik?

148. Which of the following combinations of persons, place and profession is correct?

149. Which of the following is the occupation of N?

150. Who among the following five is a lawyer by profession among the group of friends?

Directions (151 - 160): In each of the questions given below which one of the five answer figures on the right should come after the problem figures on the left, if the sequence were continued? 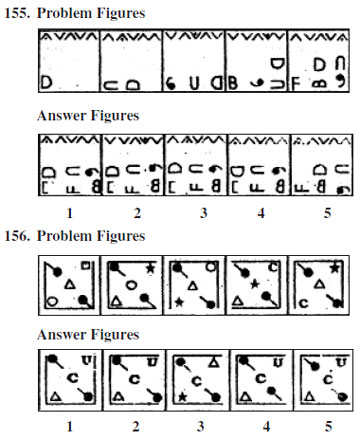 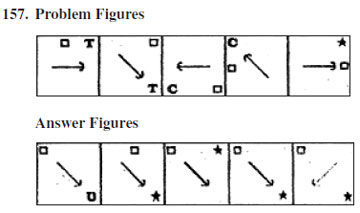 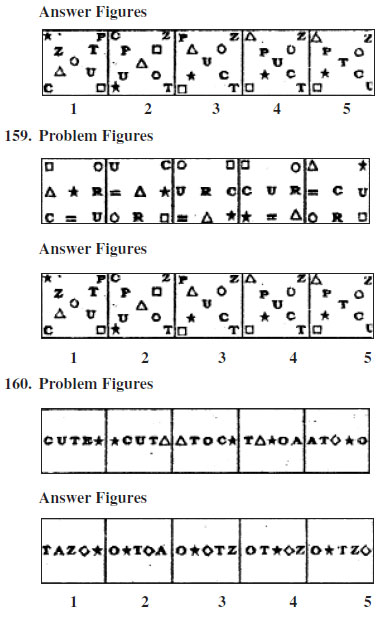