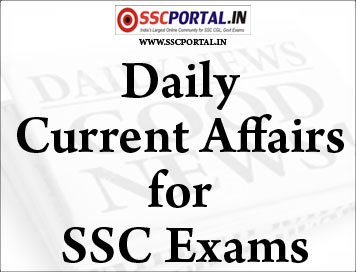 The United Nations said it expects the deal to resume Ukraine grain exports through the Black Sea to be fully operational in a few weeks and restore shipments to pre-war levels of five million tonnes a month. The deal comes amid the fighting between the two countries which will complete its fifth month.

Here are the ten highlights of the Ukraine-Russia grains deal:-

2. UN secretary general Antonio Guterres said, “Today, there is a beacon on the Black Sea . A beacon of hope, a beacon of possibility, a beacon of relief in a world that needs it more than ever.”
3. Russia and Ukraine happen to be among the world's top food exporters. The February 24 invasion of the eastern European country resulted in blockade of Ukrainian ports, stranding dozens of ships and leaving 20 million tonnes of grain stuck in silos and driving up world grain prices.
4. A UN official said that a Joint Coordination Centre (JCC) will be set up as the world peace body is looking at a very quick rate of implementation. The official added that there were minor issues which needed to be worked out before the initiative is fully implemented.

5. As per the plan, the Ukrainian officials will guide ships through safe channels across mined waters to three ports, including the major hub of Odesa, where they will be loaded with grain, Reuters reported.
6. These ships will then exit Ukrainian territorial waters in the Black Sea, transit the Bosphorus strait to a Turkish port for inspection and later head to their destinations. "We are aiming for a monthly export of about 5 million metric tonnes, which was the pre-war level from those three ports," the official said.
7. The plan will be initially active for 120 days but will be renewable, the officials said, adding they "do not anticipate to stop it any time soon". The UN official said that representatives from all parties would work to oversee operations, vessel inspections and possible incidents. Both Ukraine and Russia have agreed not to attack any vessels involved in the initiative. "This centre in Istanbul is going to be the heartbeat of the operation and is very similar to... ceasefire monitoring," said the official.

8. Ukraine has sought international guarantees that the Kremlin wouldn’t use the safe corridors to attack the Black Sea port of Odesa. Ukrainian authorities have also accused Russia of stealing grain from eastern Ukraine and deliberately shelling Ukrainian fields to set them on fire, AP reported. Mykhailo Podolyak, an adviser to Ukraine’s president insisted that no Russian ship would escort vessels and that there would be no Russian representative present at Ukrainian ports. Ukraine also plans an immediate military response “in case of provocations,” he said.

9. Ukraine's Foreign Minister Dmytro Kuleba said Friday that Kyiv trusts the United Nations, not Russia, to uphold a deal struck in Istanbul to unblock grain exports disrupted by Moscow's invasion, AFP reported. "Ukraine doesn't trust Russia. I don't think anyone has reasons to trust Russia. We invest our trust in the United Nations as the driving force of this agreement," Kuleba said.

10. US State Department spokesperson Ned Price said the U.S. welcomes the agreement in principle. “But what we’re focusing on now is holding Russia accountable for implementing this agreement and for enabling Ukrainian grain to get to world markets. It has been for far too long that Russia has enacted this blockade,” Price said.