121. How many such pairs of letters are there in the word BRIGHTEN each of which has as many letters between them in the word as in the English alphabet ?

123. Among A, B, C, D and E each reaching school at a different time, C reaches before D and A and only after 3. E is not the last to reach school. Who among them reached school last ? 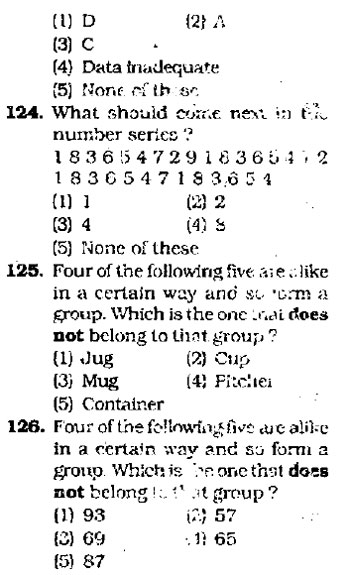 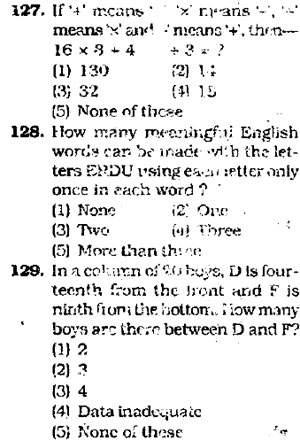 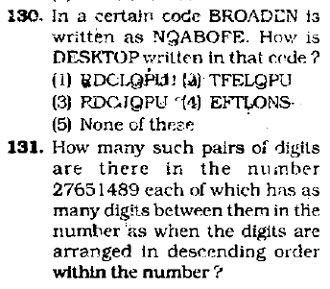 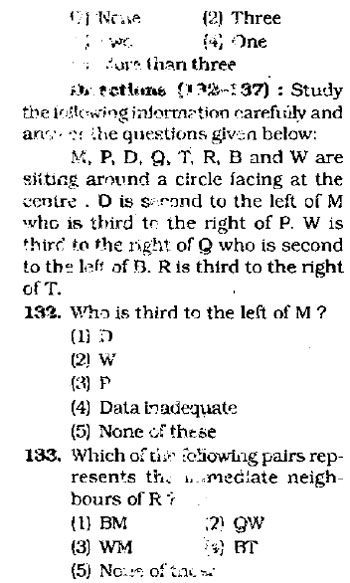 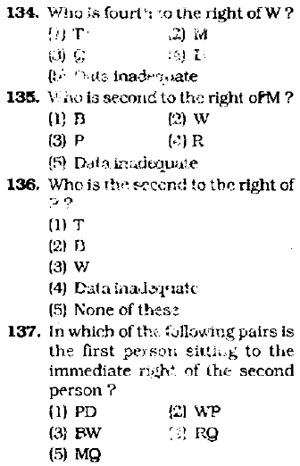 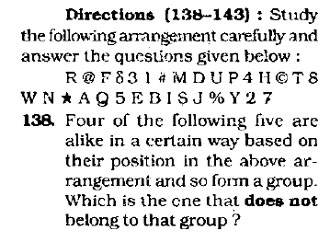 139. How many such symbols are there in the above arrangement, each of which is immediately preceded by a number and immediately followed by a letter ?

140. If all the numbers are dropped from the above arrangement, which of the following will be the eleventh from the left end ?

141. What should come next in the following series based on the above arrangement ?
F 3 1 DP4 TWN ?

143. Which of the following is the eighth to the right of the seventeenth from the right end of the above arrangement ?

All telephones are wires.
All wires are tents.
All tents are cans.

Some cards are pictures.
All pictures are paints.
Some paints are nails.

All walls are glasses.
No glass is table.
Some tables are windows.

All baskets are poles.
Some poles are lamps.
All lamps are roads.

Some leaves are baskets.
Some baskets are flowers.
Some flowers are lakes.

I. Some lakes are baskets.
II. Some flowers are lakes.
III. No lake is basket.

AH rtcttiircs are bands.
Some bands are chairs.
Some chairs are tables.

Now in each of the following questions assuming the given statements to be true, find which of the three conclusions I, II and III given below them is/are definitely true and give your answer accordingly. 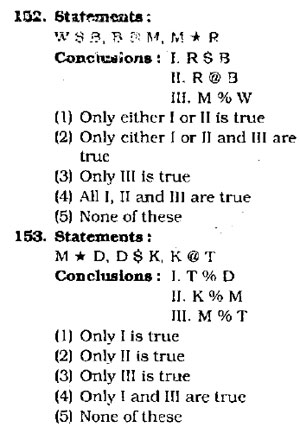 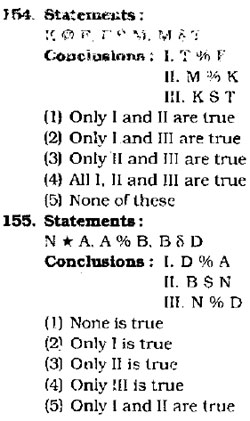 Directions (156 - 160): In each of the questions given below which one of the five answer figures on the right should come after the problem figures on the left, if the sequence were continued ? 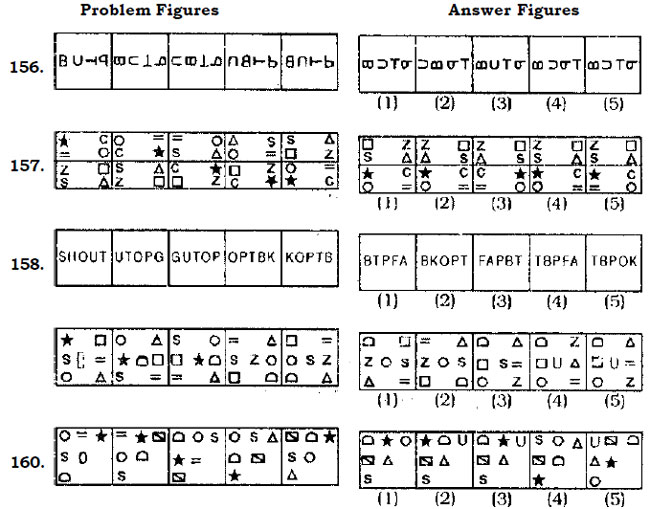