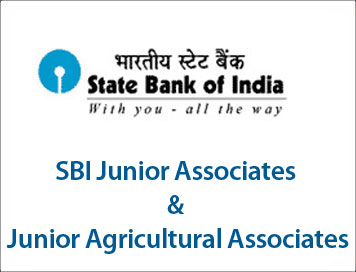 1. The changed management programme ol which of the following banks is named as "Parivartan" ?

2. The Government of India recently increased its allocation of funds of which of the following schemes by 37% to make it Rs. 12,886 crores ?

3. Which of the following countries has decided to give a 20% subsidy to its farmers even though they are rich ?

(A) A new scheme 'Izzat' was un* veiled for the workers in unorganised sector. In this scheme, monthly season tickets will be available at the rate of Rs. 25 only.
(B) No charges will be levied for "TatkalTickets" if booked 72 hours in advance.
(C) Now passengers can buy their reserved tickets from 5000 post offices.

5. As per the report published recently, Income Tax Department has found about Rs. 1,200 crores lying in Frozen Demat Accounts in India. Why were these Demat Accounts frozen ?

(A) Funds in these accounts were coming from unknown foreign sources.
(B) These account holders were not able to produce their Permanent Account Number, which is mandatory for such transactions.
(C) There are the accounts of those who expired without making a will or nominating someone as their heir apparents.

6. As per the reports published in various newspapers/magazines, the Indo-US trade dropped by 25% in January to March 2009. But there are certain items whose exports were on increase.

Which of the following is/are these items ?

7. Which of the following clearly defines what corporate taxes are?

8. The Government of India is planning to infuse how much amount in 12 public sector banks to make their capital base strong ?

9. How much amount did the Government of India allocate the National Housing Bank i.NHB) for making up of the shortfall in priority sector lending by commercial banks? (Announcement was made in Union Budget 2009-10).

10. After J.L. Nehru, who amongst the following was/is the other Prime Minister-who completed his/her first term and immediately carne for the second term ?

11. Which of the following teams won the 'Asia Cup HockeyTournament' held in May 2009 ?

12. Which of the following countries recently conducted 2nd nuclear test and also test fired some missiles defying the condemnation of various nations ?

13. An epidemic of infectious diseases which is passed on through population across a large region or worldwide is called—

14. Which of the following is the Cash Reserve Ratio (CRR) at present ?

15. Who amongst the following is the winner of Women's Singles "French Open Tennis Tournamcnt- 2009' ?

16. Many times we read in newspapers/ magazines about the increase or decrease in tax collection.

Which of the following taxes is not included in the tax collection levied by the Union Government ?

17. Sheikh Sharif Ahmed who is heading a UN backed Central Government in his country, is the President of—

18. Which of the following is the name of the international treaty which was signed by many nations to curb production of atomic bombs and other such Weapons of Mass Destruction (WMD) ?

19- Which of the following nations celebrated its first Republic Day on 29th May, 2009 ?

20. Which of the following is/are the objectives of the National Mission on Sustainable Habitat ?

(A) Greater emphasis on urban waste management and recycling.
(B) Emphasis on use of items made of plastics and other such material and not of metals,as they need deep digging of earth.
(C) It suggests incentive for use of public transportation more and more.

21. As per the National Food Security Act, how much wheat or rice, the people below poverty line, will get every month at the rate of Rs. 3 per kg.?

22. As we all know, emission of certain gases is responsible for the level of Global Warming. Which of the following gases makes maximum contribution in the same ?

23. Sayali Gokhale who won an international title recently in associated with which of the following games/sports ?

24 . Who amongst the following is NOT a member of the Council of Ministers headed by Dr. Manmohan Singh ?

25 . Which of the following is NOT a banking or finance related term ?

26 . Twang I and Twang II. two big hydropower projects are being developed in the slate of—

27 . "Navrauia Status" is awarded to which of the following organisation/units?

28 . 'IraniTrophy" is associated with which of the following games ?

29 . Which of the following awards is , given for the excellence in the field of literature in India ?

30 . The World Population Day is observed on—

31 . An Indian citizen can open a Savings Account in which ol the following ?

Which of the following is not the name of any such scheme in which investment for the purpose of saving income tax can be made?

33. Which of the following has written the book "Between the Lines" ?

34. Which of the following countries has decided to use the revenue collected from newly discovered oil field to make a Special Sovereign Fund ?

36. As per the reports published by the Government of India, what is the approximate percentage of the people in rural India who hold a bank account ?

37. Mr. Kurmanbek Bakiev has taken over as President of—

38. If some people wish to start a banking company in India, they certainly need a permission of the—

39. The number of people living Below Poverty Line (BPL) is maximum in—

40. Basel Norms are related with further strengthening and performance of—