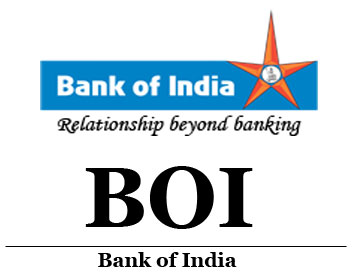 1. The Business Correspondence Model being adopted by the banks provides Banking facilities to which of the following?
(A) Only Corporate borrowers
(B) Only Weaker sections the society and people of small villages
(C) Only those who are taking housing loans
(D) All  (A), (B) & (C) above
(E) None of these

2. The concept of “Carbon Credit” is associated with which of the following areas?
(A) Protection of environment
(B) Women empowerment
(C) Development of rural infrastructure
(D) Development of coal mines
(E) None of these

3. As we all Government is paying much attention to improve Public Distribution System (PDS) in our country. Which of the following have been the achievements of  the PDS uptill now, owing to which Government wants to further improve it? [Pick up correct statement(s)].
(A) After implementing PDS in India, no famine was reported. PDS was always there to give people at least the bare minimum to survive.
(B) A drought of 1987 was worst in this century but PDS played a vital role in overcoming the drought.
(C) Now PDS is feeding the poorest of the poor in this country.
(A) Only A
(B) Only B
(C) Only C
(D) All A, B and C are correct
(E) None of these

4. Global Micro Credit Summit-2011 will be organized in which of the following countries?
(A) Britain
(B) South Africa
(C) Spain
(D) Italy
(E) None of these

5. Many times we read about SHGs in financial newspapers. What is the full form of the term?
(A) Small Help Groups
(B) Self Help Groups
(C) Small Hope in Growths
(D) Self Hope Groups
(E) None of these

6. Whenever newspapers talk about the performance of core industries, which of the following is NOT considered among them?
(A) Petroleum
(B) Automobile
(C) Mining
(D) Steel
(E) Cement

7. Which of the following agencies/ organizations in India maintains the Micro Finance Development and Equity Fund which was in news recently?
(A) Confederation of Industries in India (CII)
(B) Indian Bank’s Association (IBA)
(C) Small Industries Development Bank of India (SIDBI)
(D) Reserve Bank of India (RBI)
(E) National Bank for Agriculture and Rural Development (NABARD)

8. As per recent newspaper reports UK based Cairn Energy is the process of selling its stake to which one of the following companies of Indian base?
(A) ONGC Videsh
(B) Hindustan Petroleum Corporation Ltd.
(C) Vedanta Resources
(D) Posco India
(E) None of these