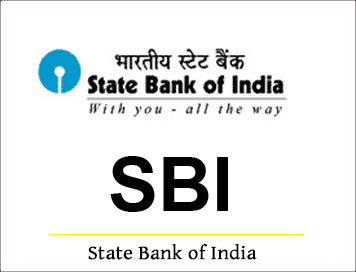 Read the following passage to answer the given questions.

We tend to be harsh on our bureaucracy, but nowhere do citizens enjoy dealing with their government. They do it because they have to. But that doesn’t mean that the experience has to be dismal. Now there is a new wind blowing through government departments around the world, which could take some of this pain away. In the next five years it may well transform not only the way public services are delivered but also the fundamental relationship between government and citizens. Not surprisingly, it is the Internet that is behind it. After e-commerce and e-business, the next revolution may be e-governance.

Exam pleas bound. The municipality of phoenix, Arizona, allows its citizens to renew their car registrations, pay traffic fines, replace lost identity cards etc. Online without having to stand in endless queues in a grubby municipal office. The municipality is happy because it saves $5 a transaction-it costs only $1.60 to process an online transaction versus $6.60 to do it across the counter. In chile, people routinely submit their income tax returns over the Internet, which has increased transparency, drastically reduced the time taken and the number of errors and litigation with the tax department. Both tax payers and the revenue department are happier.

The furthest ahead, not surprisingly, is the small, rich and entrepreneurial civil service of Singapore, which allows citizens to do more functions online than any other. As in many private companies, the purchasing and buying of Singapore’s government departments is now on the web, and cost benefits come through more competitive bidding, easy access to global suppliers and time saved by online processing of orders. They can post their catalogues on their site, bid or contracts submit in voices and check their payment status over the Net.

The most useful idea for Indian municipalities is Gov works a private sector-run site that collects local taxes, fines, and utility bills for 3,600 municipalities across the United States. It is a citizen’s site, which also provides information on Government jobs, tenders, etc. The most ambitious is the British Government, which has targeted to convert 100 percent of its transactions with its citizens to the internet by 2005.

Cynics in India will say, ‘Oh, e-government will never work in India. We are so poor and we don’t have computers.’ But they are wrong! There are many experiments afoot in India as well. Citizens in Andhra Pradesh can download government forms and submit applications on the Net without having to bribe clerks. In many districts, land records are online and this has created transparency. Similarly, in Dhar district to Madhya Pradesh, villagers have begun to file applications for land transferes and follow their progress on the Net. In seventy village in the Kolhapur and Sangli district in Maharashtra, internet booths have come up where farmers can daily check the market and rates of agricultural commodities in Marathi, along with data on agricultural schemes, information on crop technology, when to spray and plant their crops and bus and railway time tables. They also find vocational guidance in jobs, application for ration cards, kerosene/ gas burners and a land record extracts with details of land ownership.

Sam Pitroda’s World Tel, Reliance Industries and the Tamil Nadu Government are jointly laying 3000km of optic fibre cables to create a Tamil network which will offer ration cards, school College and hospital admission forms, land records, and pension records. If successful, World Tel will expand the network to Gujarat, Karnataka and West Bengal. In Kerala, all the villages are getting linked online to the district headquarters, allowing citizens to compare the development priorities of their village with other villagers in the state.

Many are still skeptical of the real impact because so few Indians have computers. The answer lies in interactive cables. TV and in Internet kiosks. Although India has only five million computers and thirty-eight million telephones, it has thirty-four million homes with cable TV and these are growing eight percent a year. By 2005 most cable homes will have access to the interenel from many of the 700000 local STD/PCO Booths. Internet usage may be low today, but it is bound to grow rapidly in the future, and e-governance in India may not be a dream.

1. Choose the word that is same in the meaning as the word “post” as used in the passage .

2. How can India overcome low penetration of computers for e-governance ?

3. Gov Works in which of the following countries ?

4. Choose the word that is same in meaning as the word “abound” as used in the passage.

5. According to the passage, what is the annual growth rate of computer in India ?

6. According to the passage which country is at present the most advanced in e-governance ?

7. Choose the word that is opposite in meaning of the word “dismal” as used in the passage.

8. Which of the following has not been one of the effects of submitting income tax return over internet in chile ?

9. According to the passage, which country has the most ambitious plan for e-governance ?

10. In which direction is the new wind blowing ?