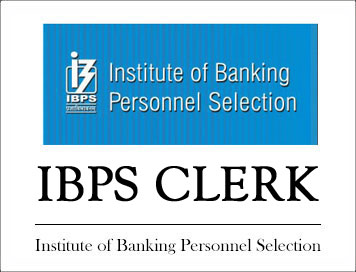 3. How many meaningful English words can be formed with the letters ‘ILP’ using all the letters only once in each word ?

5. Pointing to a girl, Mr. Arun said, “She is the daughter of my mother’s only child”. How is the girl related to Mr. Arun ?

Directions (11-15): Study the following information to answer the given questions:

12. What are the immediate neighbors of G?

14. Four of the following five are alike in a certain way based on their seating positions in the above arrangement and so form a group. Which is the one that does not belong to the group?

15. If all the eight friends are made to sit alphabetically in the clockwise direction starting from A, positions of how many will remain unchanged (excluding A)?

Directions (16-20): In each question below are two statements followed by two conclusions numbered I and II.

Some painters are artists. Some dancers are painters.

All cabins are rooms.
All rooms are buildings.

I. All buildings are rooms
II. All cabins are buildings.

All rings are necklaces.
No necklace is a bracelet.

I. No ring is a bracelet.
II. All necklaces are rings.

Directions (21-25): Study the following information to answer the given questions:

22. Which of the following represents the friends sitting at the extreme ends of the line?

23. If all the seven friends are made to sit in alphabetical order from left to right, the positions of how many will remain unchanged?

24. Who sits exactly in the middle of the row?

25. Four of the following five are alike in a certain way based on their seating positions in the above arrangement and so form a group. Which is the one that does not belong to the group

You have to find out which of the combinations correctly represents the group of numbers/symbols based on the following coding system and the conditions and mark the number of that combination as your answer.

Directions (29-31): Study the following information carefully and answer the questions given below:

Poverty measurement is an unsettled issue, both conceptually and methodologically. Since poverty is a process as well as an outcome; many come out of it while others may be falling into it. The net effect of these two parallel processes is a proportion commonly identified as the ‘head count ratio’, but these ratios hide the fundamental dynamism that characterizes poverty in practice.The most recent poverty reestimates by an expert group has also missed the crucial dynamism. In a study conducted on 13,000 households which represented the entire country in 1993-94 and again on 2004-05, it was found that in the ten-year period 18.2% rural population moved out of poverty whereas another 22.1 % fell into it over this period. This net increase of about four percentage points was seen to have a considerable variation across states and regions.

29. Which of the following is a conclusion which can be drawn from the facts stated in the above paragraph?

(1) Accurate estimates of number of people living below poverty line in India is possible to be made.
(2) Many expert groups in India are not interested to measure poverty objectively.
(3) Process of poverty measurement needs to take into account various factors to tackle its dynamic nature.
(4) People living below poverty line remain in that position for a very long time.
(5) None of these

30. Which of the following is an assumption which is implicit in the facts stated in the above paragraph?

31. Which of the following is an inference which can be made from the facts stated in the above paragraph?

(1) Poverty measurement tools in India are outdated.
(2) Increase in number of persons falling into poverty varies considerably across the country over a period of time.
(3) Government of India has stopped measuring poverty related studies.
(4) People living in rural areas are more susceptible to fall into poverty over the time
(5) None of these

Directions (32-35): In these questions relationships between different elements is shown in the statements. These statements are followed by two conclusions.

Directions (36-40): Study the following arrangement or consonants, vowels, numbers and symbols carefully and answer the questions given below:

36. Which of the following is ninth to the right of the twentieth from the right end of the above arrangement?

38. If all the symbols are dropped from the arrangement, which of the following will be the twelfth from the left end?

39. Four of the following five are alike in a certain way based on their positions in the above arrangement and so form a group. Which is the one that does not belong to the group?

40. What should come in place or the question mark (?) in the following series based on the above arrangement> F3U %IT LS^ ?