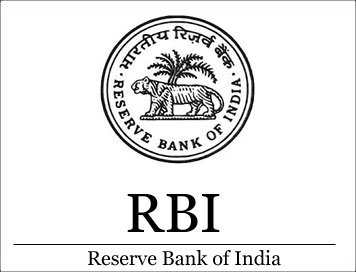 1. Explain the different aspects of the Indian Capital Market. What has been the role of SEBI in this task ?

2. What is foreign exchange risk ? How can it be managed ? Discuss the tools used for the purpose.

3. What is credit rating ? Discuss its benefits and limitations.

4. Briefly discuss the framework put in place by the Reserve Bank of India for the supervision of banks and financial institutions.

A. Test your knowledge of the prepositions in/at/to/nothing—showing place and movement.

Q5. She arrived _____ Manchester for the celebrations.

Directions: In each of the following Questions, there is a certain relationship between two given numbers on one side of :: and one number is given on another side of :: while another number is to be found from the given alternatives, having the same relationship with this number as the numbers of the given pair bear : choose the best alternative

Directions: Study the following table to answer these questions.

Q2. Find the sum of the first 50 natural numbers.

Directions: Study the following table to answer the given questions.

Fill in the blanks with words of the appropriate part of speech.

Directions: In each of the following Questions, there is a certain relationship between two given words on one side of : : and one word is given on another side of : : while another word is to be found from the given

1. Write an essay of about 500 words on any one of the following topics :

2. (a) Make a precis of the following passage reducing it to 220 words and give it a suitable title :

With the macroeconomic environment improving and some green shoots becoming visible in the economy, the possibility of ratings upgrades for some sectors has increased. But the ratings industry has come under the regulator’s scanner for failing to anticipate some defaults. We expect a further expansion of about 50 bps (basis points) in GVA (gross value added) growth this fiscal year. This is primarily based on the expectation of continued strength in consumption demand with urban consumer demand further enhanced by pay revision of government employees and a pickup in rural demand, boosted by a better monsoon. While pay revision and a favourable monsoon would exert counteracting forces on inflation, the outlook nevertheless remains relatively moderate, suggesting a continued possibility of further rate cuts.

1. Write an argumentative essay of about 500 words on any one of the following :—

(a) The disconnect between Indian higher education and social requirements.
(b) Have Malls changed urban lifestyle in India ?
(c) Corruption is a blight on democratic society.
(d) The Indian woman is extremely vulnerable today.
(e) Is the concept of India as an economic superpower in 2020 a mirage ?

2. (a) Make a précis of the following passage in your own words reducing it to about 200 words, and give it a suitable title. Use the special sheet provided for this purpose :—

The global economic slump has crimped India’s growth, but the larger constraints are within the country. It is essential that an environment be created that is conducive to investments, and for that, it is necessary to urgently remove impediments to the implementation of projects and policies in the country.

The imperatives that can propel growth are : develop infrastructure at a brisk pace, attract more FDI, develop manufacturing capacities, increase employment rapidly and improve the delivery of social sector schemes. This can only happen with enhanced investment in infrastructure and manufacturing.

Investors appear to have money for investment. Even Indian corporations have money though they appear more willing to invest abroad rather than at home. Public sector companies too have money stashed around. Investments in the new project in the country have dwindled not because there is no money to invest, but because it is difficult to get things done at the ground level.

There are numerous reasons why India’s manufacturing sector has not grown as fast as it could. These include the poor state of power and transport. infrastructures, the red-tape led business regulatory environment, inadequate flow and high cost of credit for the SME sector and the hurdles to overcome in the procurement of land

The online examination (Preliminary and Main) for the next Common Recruitment Process for selection of personnel for Probationary Officer/ Management Trainee posts in the Participating Organisations is tentatively scheduled in October / November 2018.

The tentative schedule of events is as follows:

Candidates are advised to regularly keep in touch with the authorised IBPS website www.ibps.in for details and updates.

Candidates, intending to apply for CRP-PO/MT-VIII should ensure that they fulfil the minimum eligibility criteria specified by IBPS in this advertisement:

Please note that the eligibility criteria specified herein are the basic criteria for applying for the post. Candidates must necessarily produce the relevant documents in original and a photocopy in support of their identity and eligibility -pertaining to category, nationality, age, educational qualifications etc. as indicated in the online application form at the time of interview and any subsequent stage of the recruitment process as required by IBPS/ Participating Organisations. Please note that no change of category will be permitted at any stage after registration of the online application and the result will be processed considering the category which has been indicated in the online application, subject to guidelines of the Government of India in this regard. Merely applying for CRP/ appearing for and being shortlisted in the online examination (Preliminary and Main) and/or in the subsequent interview and/ subsequent processes does not imply that a candidate will necessarily be offered employment in any of the Participating Organisations. No request for considering the candidature under any category other than the one in which one has applied will be entertained.

A candidate must be either -

(i) a Citizen of India or
(ii) a subject of Nepal or
(iii) a subject of Bhutan or
(iv) a Tibetan Refugee who came over to India before 1st January 1962 with the intention of permanently settling in India or
(v) a person of Indian origin who has migrated from Pakistan, Burma, Sri Lanka, East African countries of Kenya, Uganda, the United Republic of Tanzania (formerly Tanganyika and Zanzibar), Zambia,
Malawi, Zaire, Ethiopia and Vietnam with the intention of permanently settling in India, provided that a candidate belonging to categories (ii), (iii), (iv) & (v) above shall be a person in whose favour a certificate of eligibility has been issued by the Government of India.

1. Which among the following activities cannot be considered a common activity of a general Bank customer?

2. Who amongst the following is the author of the book "The Future of Freedom" published recently?

3. Indian Constitution has given some liberties to its citizens. Which of the following is NOT TRUE about it. Citizen is free to the liberty of

4. According to "India Vision 2020", India is trying to give full employment till 2020. Then how many employments should be created every year?

5. High rates of interest in a low inflation regime-

6. For the distinguished work in which field 'Kalidas Samman' is presented?

7. Cash Reserve Ratio (CRR) has been raised recently by Reserve Bank of India (RBI). what is the rule of CRR in the country's economy especially in Banking Sector?

8. A resident Indian wishes to invest some money in a foreign company who does not have any office/representative in India. What are the options available to him/her? Pick up the best option.

9. What are the options available to a foreign bank willing to enter the Indian Market?

A. Open a branch in India.
B. Launch a wholly-owned subsidiary
C. Acquire upto 90 percent stake in a private sector bank

10. As per the reports published in the newspapers the E-Commerce is growing very fast. Which of the following is most preferred? (Pick up the area which is attracting maximum clientele.)

11. Which of the following sectors is NOT considered 'Infrastructure Sector"?

12. Which among the following terms is not related to Banking?

14. Which among the following is an international River?

15. The 'Maiti Movement' a movement to promote the habit of cultivation, is initiated by the women folk of

16. Which of the following is considered one of the major reasons of Global Warming or heating of Earth's surface which is at increase these days?

1) Distance between the Sun and Earth has reduced by about 45,000 kms. in the last 1000 years
2) A big unidentified celestial object is approaching Earth very fast. The radiation from it is making the Earth's surface warmer
3) Carbon pollution from fossil fuels traps the Sun's heat instead of letting it radiate back safely out into space
4) Sun has become slightly cooler by several degrees centigrade and is not able to reabsorb the heat radiation back as it used to do earlier
5) None of these

17. As per the reports published in the newspapers the average price to Earnings (P/E) Ratio has fallen down in past few days. This implies that

19. At which place representatives of around 50 countries met in November 2007 to revive the Israel-Palestinian peace process and deal with other sources of tension in West Asia?

20. Who among the following was made the chairman of the newly constituted 13th Finance Commission recently?